Jennie Avila teaches art at Hagerstown Community College. She is a Visionary Artist who studied at; Moore College of Art, Hussian School of Art, Fleischer Art Memorial and The Thomas Eakins House in Philadelphia, PA; The Wolf Trap Institute for Early Learning Through the Arts in Vienna, VA as well as with Alex and Allison Grey at Omega Institute in NY. She is a featured artist in the book, “Creative Spirituality, The Way of The Artist”, by Princeton University Sociology Professor, Robert Wuthnow - University of California Press, 2001.

Avila’s artistic interests are interwoven with music: A National Endowment for Humanities Grant in 2010 facilitated a tour of Washington County Libraries where she presented “Picturing America”, teaching American history through art and music. A documentary about Jennie’s art and music was filmed in 1999 and featured on Art Beat cable programming. Jennie is a Smithsonian Folkways/Fast Folk Artist. On the board of the Discovery Station in Hagerstown, MD, Avila served as music consultant for six years, co-designing the Musical Treasures of the Civil War Exhibit that opened in June of 2013. She performs solo and with two bands, Aca-Perco and Hot Soup. She has composed 9 albums of original music and in 2012 released her tenth, a new CD of true Civil War stories in song. Jennie performed three of her original Civil War songs with the Maryland Symphony Orchestra as part of their 2013 Salute to Independence.

Jennie Avila grew up in artistic Bucks County, Pennsylvania. After the flood of April, 2005 she “floated” from the Delaware River to the Potomac River (Hagerstown, MD). She is honored to have been included in the 80th Annual Cumberland Valley Artists Exhibit, and the Delaplaine 2014 Juried Exhibit. The WC Arts Council featured her art and music in the 2014 Exhibit, “Paintings, Percussion, Pots and Performance”, along with her husband, Stephen Wright. 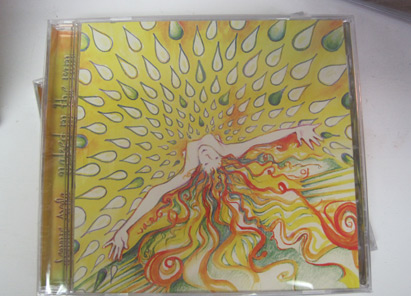 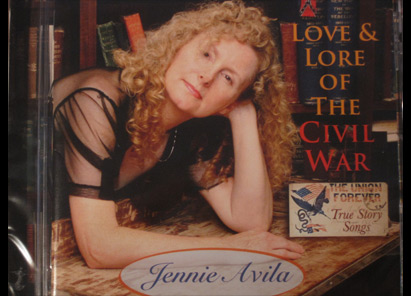