I am a Hagerstown resident and graduated from Smithsburg High School in 1995 and then received my B.F.A. in Sculpture at Maryland Institute College of Art in Baltimore, Maryland in 1999.
I have had several shows in such galleries as Washington County Arts Council in Hagerstown, MD, The Artist Gallery in Frederick, MD, Art Whino in National Harbour, MD, Gallery Hanahou in NYC in 2009 & 2010, I have also shown works in Cumberland, MD as well as Chambersburg, PA.
I have been featured in "Stuffed" Magazine- issues: winter 2010, summer 2010, and winter 2011, "Art Doll" magazine summer 2011, as well as featured in "Hagerstown Magazine" in the July/August 2008 issue - article entitled "Portrait of the Artist".
My creations are sold at such locations as WCAC in Hagerstown Md, Carrol County Arts Council in Westminster Md, and the Delaplaine Visual Arts Education Center in Frederick Md. I currently work out of my studio, Pieces Of Eight, at 132 Wayside Ave in Hagerstown Md.
I am inspired by children. I love to see their smiles when they receive a new toy, or when they seek comfort in a special toy friend. It is great satisfaction to see a child understand what I've made and decide to accept it into their life. I still am a sucker for a new little friend myself, sometimes it is very hard to let go of what I've made but seeing someone else like it makes a whole lot easier. 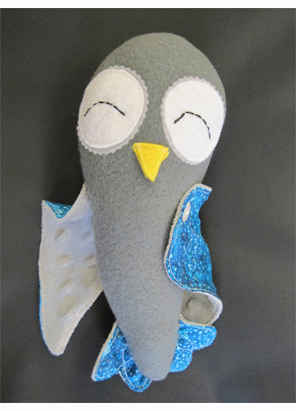 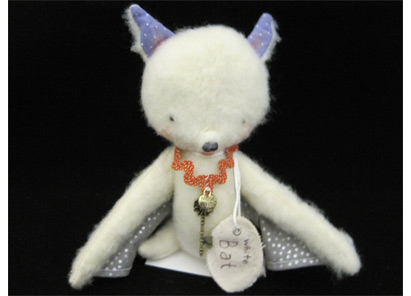 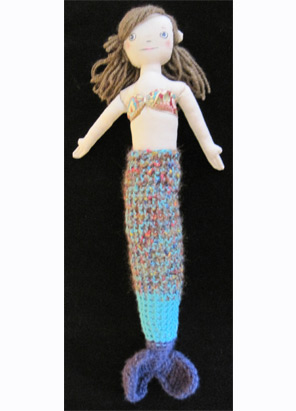 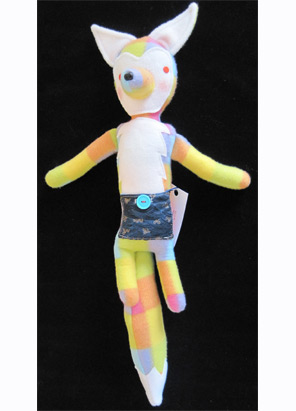