Stephen Wright has been a practicing artist since graduating from East Carolina School of Art in 1981 with a major degree in Ceramics and a minor degree in Painting/Drawing.

He has combined interests in three art media: Ceramics, Painting, and Music/Percussion.

Wright’s interest in art began at an early age. He began taking private painting and drawing lessons at age ten. At age eleven he started private percussion lessons. At the age of sixteen he was introduced to clay and had made his first pot on a potters wheel.

With his current work, making ceramic hand percussion instruments, he has gained international recognition. His involvement with music, being a drummer, combined with his experience with clay led him to establish Wright Hand Drums in 1992. Prior to this Wright worked for ten years as a studio potter producing a line of functional Stoneware Pottery. During this time he traveled and showed extensively at numerous juried art shows and craft fairs.

Along with the making of ceramic drums, Wright performs and has played and recorded with drum set and hand percussion with several groups and ensembles, including The Blue Comets and the percussion ensemble ROTA. Currently, he performs with his wife, singer-songwriter Jennie Avila in their duet, Aca~Perco. The combination of Jennie’s voice and guitar, along with Wright’s signature clay percussion create a truly unique sound.

Wright’s work has been published most notably in Modern Drummer Magazine, DRUM!, Clay Times Magazine, and is a featured artist in the book “From Mud to Music” by Barry Hall.

“All of my work in the different media I feel is tied together by rhythm, repetition and working in series, each work building on the previous one. Music, I feel is like a series of dots tied together to form a line with beginning and end. This line is held together with rhythm. My two-dimensional paintings are meditations exploring the geometric rhythms and numbers created with Mandalas in an Iconic fashion, suggesting mystery. Painting has always been a personal endeavor I’ve returned to time and again. My work with clay is all about staying connected with the rhythm of the wheel. It is an inexhaustible endeavor of experimentation of shape, line, texture, and surface.” 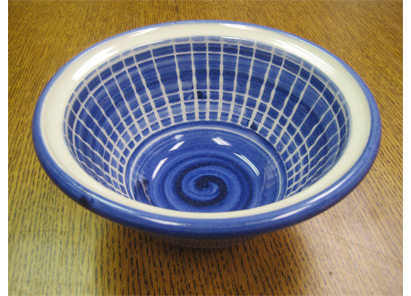 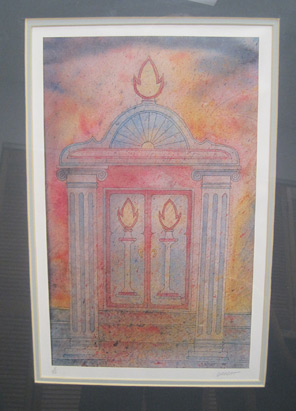 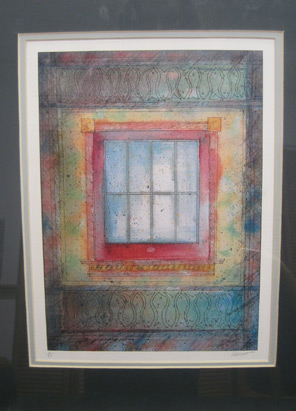