Growing up in North Dakota, I was the kid who stayed indoors during recess and wrote stories. While other children were developing coordination and social skills, I was scribbling down complete short stories!

Writing historical fiction has always been a lifelong dream of mine. I was discouraged for many years after receiving multiple rejection slips, and turned to other creative outlets like crocheting, quilting and cross-stitch for many years. Then I met a 3rd cousin of mine online who is also into genealogy and history. She told me we shared a common ancestor who was involved in the Salem Witchcraft Hysteria of 1692, and her story had never been told. My love of writing was rekindled and I began to research this ancestor, Rebecca Blake Eames. In August of 2012 I had the privilege of visiting her grave in Boxford, Massachusetts.

After months and months of research, writing, rewriting and revising, Puritan Witch came into being. Since its publication, I have learned I am descended from another accused “witch,” Susannah North Martin, and at least three Mayflower passengers, so I have fuel for several more books!

I’m currently working on a completely different novel, one set in modern times. 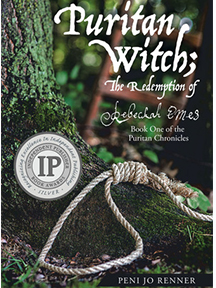 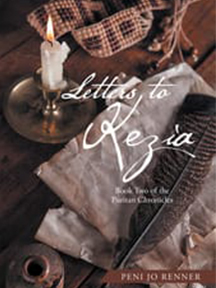