Patricia Robinson was born in Hagerstown, Maryland. She has studied Graphic Design and has obtained two Letters of Recognition as a Computer Graphic Artist and Graphic Production Specialist. Squirrels are one of her favorite animals and, disappointed that she rarely saw any in her town, decided on the spur of the moment one day in 2015 to buy a feeder and food to see what would happen. Sure enough, the little bushy-tailed creatures began to appear and became regular visitors to her backyard. From there Patricia developed a hobby; photographing wildlife. Initially she shared the images and videos on her personal Facebook profile, and there was such a positive response that she began a page called Oliver P. Nutz and Friends. She tries to post new photos every day there, and the small-town squirrels now have hundreds of fans. Often it has been suggested that Patricia use her photos to write a children's book, and when a baby squirrel with bright golden fur was born in the yard, she got the inspiration she needed. I'M A BABY SQUIRREL, featuring a poem she wrote from the perspective of that adorable little squirrel, whom she named Olivia, is now available.

Patricia also has an interest in history, and is currently writing a historical fantasy novel set in 19th century Edinburgh called THE RELUCTANT BODY SNATCHER. 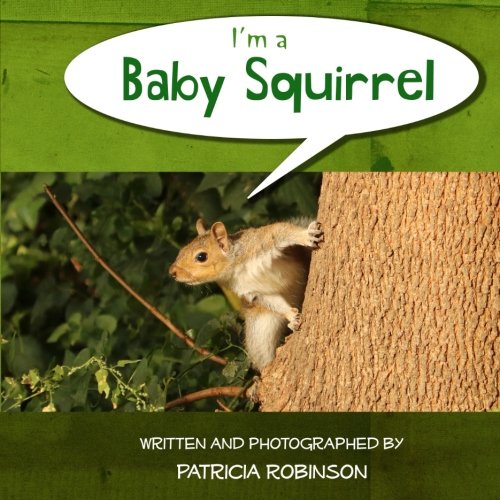