For more than five decades, Dr. Nicholas J. Long has held leadership positions in psychiatric research hospitals, schools, mental health centers and universities. He continues to contribute to the knowledge base in special education and mental health. Throughout his career, he has made a point of working directly with children, serving as a model and coach for his graduate students. Dr. Long has published major works in special education and psychology. During his time at American University, he developed and directed the Rose School, the first inter-agency treatment program for seriously emotionally-disturbed students who were excluded from the D.C. Public Schools. The Rose School received recognition as a national service model by the Children’s Defense League and was honored in the Congressional Record.

In 1988, Dr. Long founded the Life Space Crisis Intervention (LSCI) Institute in order to train professionals in effective, strength-based approaches to working with seriously emotionally disturbed children and youth. Today, there are training sites nationwide. Dr. Long’s work has been published in several languages, and professionals in four continents have benefited from his insights into the minds and hearts of troubled and troubling children and youth. 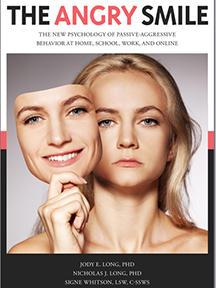